Tales From the Loop - Slow but Good 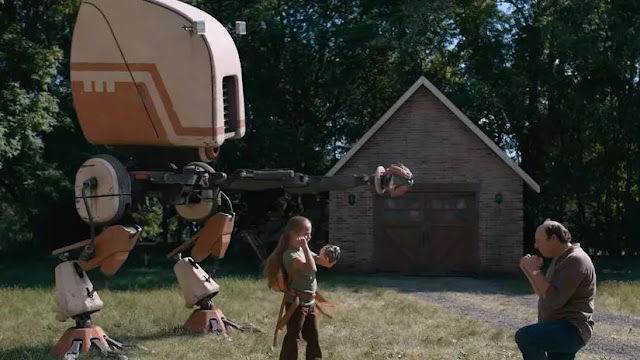 There is a long history of movies based on paintings, most famous among them The Girl with the Pearl Earring, based on a work by Vermeer, but there are others. The Duchess, starring Keira Knightley was inspired by a Gainsborough portrait, and Isle of the Dead by Mark Robson was inspired by the painting of the same name by Arnold Böcklin. And it’s not just movies. Stephen Sondheim’s Broadway musical, Sunday in the Park with George, was inspired by the painting A Sunday Afternoon on the Island of La Grande Jatte by Georges Seurat, and tells the story of the personal lives of the people in the painting. Now we are getting TV based on painting. 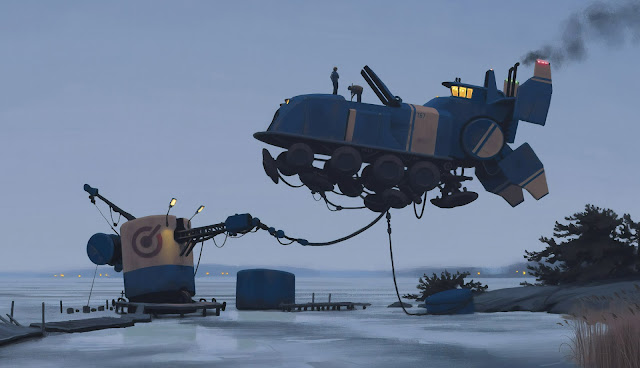 Tales from the Loop is an Amazon Studios TV show based on a series of paintings by Simon Stålenhag. His art remembers his 80s childhood in Sweden, with its colossal gray skies and austere plains of murky grass. But his images depict something else, they are a glimpse of an alternate reality that looks a lot like Sweden but with sci-fi elements grafted on. The TV show looks as gorgeous as its inspiration, but substitutes a North American setting instead. 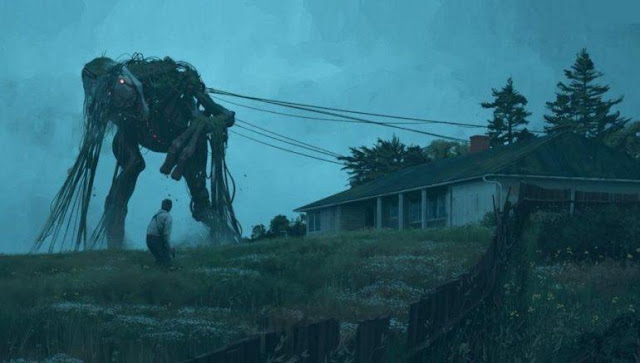 Tales from the Loop most closely resembles an anthology show, like The Twilight Zone, but it is a slightly different beast to this. All the episodes are written by Nathaniel Halpern (former co-executive producer of Legion), which helps to tie together something that would otherwise be quite disjointed. Every episode stands alone, and each follows a different central character, but because they are all written by the same guy they hang together much better that is usually the case in an anthology show. Each episode uses the scientific devices painted by Stålenhag as metaphors for whatever that episode’s character is dealing with in their life. 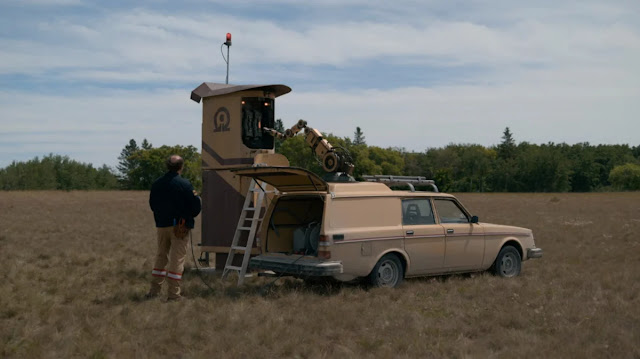 It is similar to Stranger Things, except in that show there is a small town that is disrupted by intrusions from another world, while Tales from the Loop revolves around a small town that takes similar strange events in its stride. Tales from the Loop uses strange intrusions of otherworldly events only tangentially, usually as an excuse or plot device to dig deeper into the people living in the town. 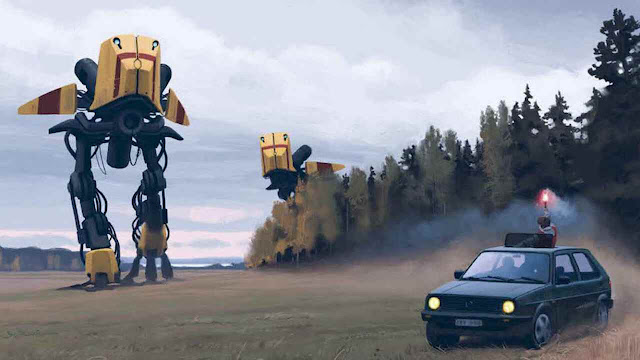 All these small scale and domestic tales take place in a small town that is dominated by a single institution called the Loop, which is part academic campus and part factory, but something more idiosyncratic. It is also the kingdom of one researcher, played by Jonathan Pryce, and the show’s episodes are almost always connected to his family in some way. At the heart of the facility is the Eclipse, a mysterious giant ball that somehow makes possible time travel, robots, and parallel universes. 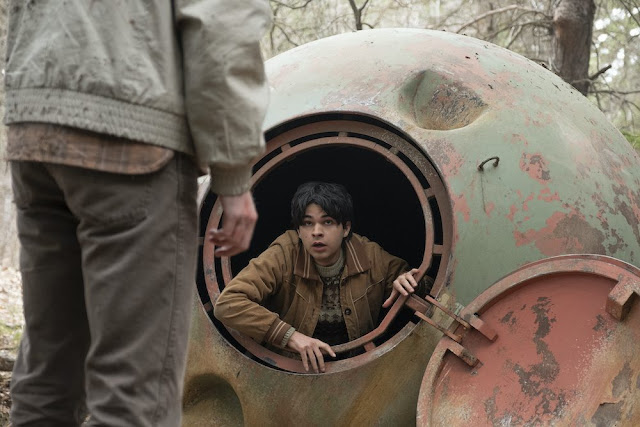 There isn’t much dialogue in the slow-paced show, and none of it is wasted on coming up with explanations of how this strange setup works. The people we see are comfortable in this world, co-existing with stray robots and anti-gravity technology. Instead the sow relies on visual imagery to convey a feeling of this strange world at a ta gent to ours. There are long, lingering shots of landscapes, technology, and tight-lipped, pensive actors. There are no car chases, fist fights, or shoot outs, or in fact much of any kind of action at all. Often the main characters are dealing with some sadness or yearning, and we watch them very slowly work through it. This is therefore not a show that is going to work for everyone.

Stålenhag himself is one of those who likes the show. He likes that it’s strange, quiet, and slow. “I would have really hated to see an artificial plot put in the world but there was no studio pressure to put in a bad guy. I am very happy with it,” he says. I like it, too. It is slow, sometimes glacial, but there is always just enough of a reward for sitting each episode. Also, there are giant robots. I love giant robots and have sat through much worse shows than this just for a glimpse of one. 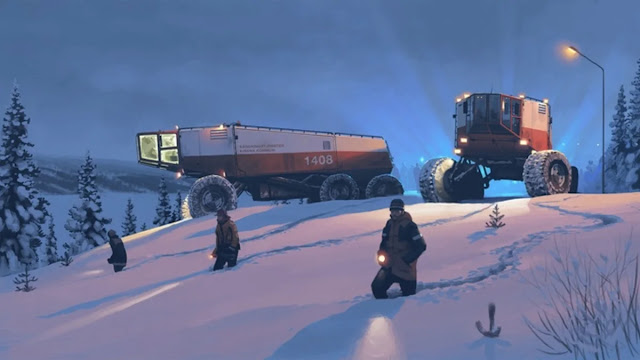