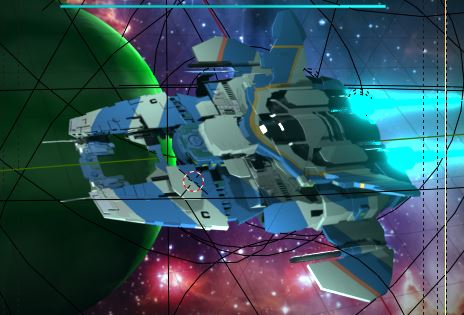 I am again engaging with Greebles today, which are the tiny details that make spaceships look big. I ended up reading a fascinating article on Den of Geek that explains all you could ever want to know on the subject. When the first Star Destroyer first made its grand entrance in the opening shot of Star Wars in 1977 it was these little bumps all over its surface that told people this thing was enormous. I use a computer to make my spaceships but back greebles were attached to actual models in real life by kitbashing, which is taking small pieces from dozens of model kits and sticking them on the larger model in ways that made them look unrecognizable to all but the most eagle-eyed. 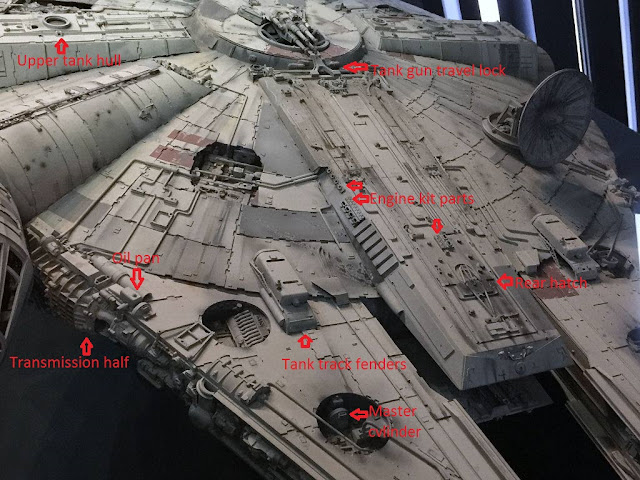 There are fans who enjoy spotting the greebles used in famous models, such as the people in this Reddit thread, who have an amazingly good eye for detail, and probably a lot of time on their hands. I can’t imagine any other way it is possible to spot some of this stuff.Most of us will look at a Star Destroyer and only see detail. It was actually the ILM artists working on Star Wars who named the tiny details on the movie’s craft ‘greebles’ or... perhaps... it was George himself. The department head on The Empire Strikes Back remembers, “Greeblie is a word George Lucas coined on Star Wars for something you can’t otherwise define.”

Kitbashing techniques were around before Star Wars, of course, for example they were also used to create some of the miniature effects for 2001: A Space Odyssey – and there are even suggests that the technique may predate that film. It is used in film as a way of applying a lot of detail quickly, to allow working to movie deadlines. Instead of crafting all the detail, the model maker can slap pieces of available kits in place, and the finished prop looks like it took an age to create, but my not have.

And that could be the difference between a professional and a hobby model maker. A hobby model maker takes pride in the huge amount of time they spend on making a model, while a professional takes pride in doing a similar task in days. If taking forever on hand crafting details is the definition of a hobbyist, then that is what I am, judging by the time I have already invested in my latest spaceship model.

The goal in greebling is to carefully choose pieces which will imply some sort of scientific function. A lot people really underestimate how much attention is required to do this. It’s not a random process – you’re actually trying to connect hoses to boxes to fans to vents to things that look like they’re serving a purpose. When done right, the use of utilitarian-looking bits and pieces creates a subtle bond between the vehicles most of us are familiar with and the spaceships dreamed up by sci-fi modelers. 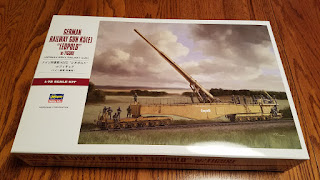 At ILM one piece was so popular it has been called the universal greeblie, or UG. It’s a little dome with four pips from a Krupp K5 rail cannon model kit, and it is on every single Industrial Light and Magic model ever. I just read an article dedicated to the universal greeble, which is just a delight. 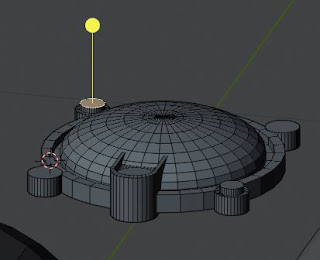 Since those days of kitbashing a lot of work is now done in 3D applications like Blender (which is how I do it), but though the approach to creating visual effects may have changed over the decades, creating the illusion of a huge spaceship still all comes down to those fine, greeblie details. There is just one thing to remember, and that is not to over-greeble. A big mistake that many make is to try to fill entire areas with tiny detail, but that doesn’t work. There should be a mix of smoother sections and relatively greeblie sections to make the model look believable. 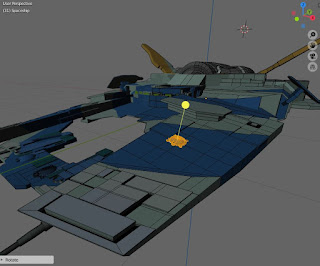 I’m in no danger of having my spaceship be too greeblie any time soon, in fact my spaceship is still way too smooth, so it is on with the greebling for me. I decided it would be fun to put the universal greeble on my spaceship, as a small homage to the amazing models created by ILM over the years. 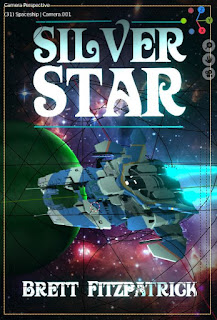 I added a sphere, chopped it in half and flattened it to make the dome, then added a base and the four truncated columns. I was very happy with it when it was done, and immediately got to work attaching it to the surface of the model. To end, just a reminder that the best way to support this blog is to buy one of my books. Simply go over to Amazon, or Kobo and get one.
Labels: 3D Book Cover Designer