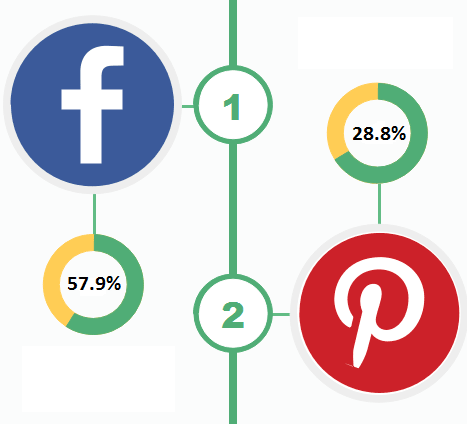 Having this blog is all well and good, but a sci-fi author really should also have a wider web presence where they engage with people and drive them to their blog, or what have you, or even better, directly to Amazon to buy their best selling book, which in my case is Galaxy Dog.

Traditionally, using social media to fish for customers requires the investment of a lot of time and effort.  Some platforms, like Twitter and Instagram Stories, require you to be active multiple times per day to reach your audience. Potential customers are likely following dozens, hundreds, or even thousands of other content creators and influences, so it is necessary to get in there and become part of that mix.

The problem is that though I know I’m supposed to be doing all this, actually engaging with people on social media is very much not what I am good at. It is so far outside my wheelhouse that I’m not even on the boat. Like a lot of authors, I imagine, sitting alone for hours creating worlds that exist only in my imagination, then capturing them on paper, that’s my sweet spot. I know I need to do social media, but I also know I don’t have the temperament for it.

I have dedicated much contemplation to this conundrum over the years. I have done a bunch of research and experimentation to find which social media outlet is the easiest to maintain for an introverted creative type, like me, who doesn’t necessarily have any interest in having a conversation, or otherwise engaging, with any other human being on the face of the planet. I’m not even comfortable chatting with all the Russian bots that are working to get Trump back into power.

By the way, it turns out that this is hardly an original thought. The entire interweb is full of people asking the exact same question on sites such as Quora. The poor, confused saps doing the asking are given advice of varying levels of interest and relevance, ranging from sort of useful to garbage that is obviously generated by a primitive AI from Wikipedia scrapings. Some of the experts doling out their pearls of wisdom are even still peddling the notion that video content is the only way to go. Tell that to all the newsrooms that restructured to focus on video and have now closed.

One of the first answers I saw on Quora, for example, baldly stated that “...most social platforms are pretty easy to maintain, especially if you use a content management platform like Hootsuite.” Maybe for you buster, but not for the likes of me. I could use all the content management platforms in the world and still have no idea what to actually say to people. There are also warnings mixed in with the tips, such as the advice that my “...goal shouldn’t be maintenance, it should be growth, engagement and contribution.” That sounds absolutely terrifying to me. Advice like this is all a little vague, anyway. I find it most helpful when people get down to brass tacks and actually tell you which platform they use, and why, which is what – dear reader – I’m going to do right now.

Let’s start with Facebook. I have a visceral hatred for the platform that means I’m unlikely to ever seriously engage with it, but I also learned that the Facebook algorithm continually downgrades organic visibility on posts, forcing the poor schlubs who use it into paid advertising as the only reliable strategy for higher visibility. For me it’s a hard pass.

Twitter is next most influential, at least to my mind, but the site seems to mostly be about commenting on trending topics while maintaining focus on branded hashtags. To start conversations with the audience, a lot of people even ask questions and then respond or add to that conversation. Twitter is just the most artificial and stilted thing in the world to me, and I just cannot force myself to do it. It is famously takes up almost all of your time. Nope, nope, nope, not for me.

The really tempting site, currently, is Instagram. A lot of people are saying it is easy to maintain and profit from an Instagram presence. You can build your brand, promote it, and people will actually buy your products, apparently. There is however one caveat, and that is that you have have to post great content every day, it has to have a link, and it has to have a hashtag. Yikes. To me that sounds like a lot of effort, but some people do even more. They research top tags for the particular product they are trying to shill, which is sci-fi books in my case. I guess if you do such research you can adorn your posts with the same tags. Apparently you can also use IG stories – whatever the hell that is – to create mini ads. Each slide displays a new product graphic and at the end you include a “slide up” action for purchase. Unfortunately you need more than 10,000 followers before you are able to include the all-important links within your stories that you use to drive traffic to blog posts, Amazon and the like. That is less than ideal. With the best will in the world I’m never going to attract that many followers, which means Instagram is not for me.

These are the big players, the top money-making platforms, but there are also some lesser-used social media platforms, and the solution I use is among them. They may be smaller platforms with correspondingly smaller userbases, but having to compete with fewer content creators actually feels like an advantage to me.

Quora is a place where people ask questions and get answers from other users. I don’t have a product or service I can establish myself as a credible expert in. I’m more of a Jack of all trades, so I doubt it would be a useful hunting ground for me to find new readers. I’m certainly not investing the effort necessary to find out if it might actually send any customers my way.

I guess we should also talk about LinkedIn, but they seem to have bet the farm on short form video. Like I said, judging by the way that trend tore the heart out of the news sector, I don’t think it’s the way to go. It is also enormously time consuming for anything other than a makeup tutorial, so not exactly the ‘easy’ option I’m looking for.

Reddit seems worthy of consideration, but it is really a forum that has somehow mutated into something else. Reddit is all about the content, which has to be creative, educational, amusing, or in some other way valuable to your target community. Each subreddit also has its own spoken and unspoken rules and conventions, so making the site work for you is a massive investment of time and energy. It’s also super punitive. If Reddit users get the sense you’re being too promotional or sales-y, they’ll shut you down quick, fast, and in a hurry. All that stress and work is definitely not for me.

Tumblr was also originally billed as a micro-blogging platform, but has since evolved into a kind of online community. Unfortunately for me, getting to know the community’s culture is a large factor to marketing success or failure on Tumblr. It’s all about popular cultural references, memes, inside jokes, and really trying to impress. In other words the sort of malarkey I grew out of while I was still at school.

That leaves only one real option that I have found, and it is the one I’m going to recommend to introverted sci-fi authors. Pinterest is a social network built around the idea of taking pictures and videos you like, and making them into pinboards. Among all the hideous mood boards for dream weddings, DIY home goods, and billions and billions of shoes there is a sci-fi audience there. Will you become an influencer, making millions of dollars per day by shifting makeup, probably not, but you may just get a few visitors to your site that you wouldn’t otherwise have had, and you may just get a slightly better Google rank for the blog posts you link to. That’s my strategy anyway, make of it what you will.