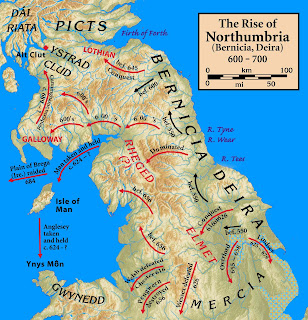 Yesterday I wrote a blog post about blog posts . I decided that the range of subjects I was posting about on this site wasn’t broad enough and decided to add a few more areas of interest. One of the things on my list of new subjects to post about was Geordie heritage, and specifically how my being Geordie has been and continues to be an influence on the sci-fi that I write.

What the f**k is a Geordie? I hear you ask. Allow me to explain. The short answer is that a Geordie is a native or inhabitant of Newcastle upon Tyne, England, or its environs. The long answer, like with all heritage, is a little more complicated.

It all started in Bernicia (Land of the Mountain Passes), an Anglo-Saxon kingdom established in the UK in the 6th century in what is now North East England. This is a region of cold winds, rain, iron gray skies, and moors, and was not seen as a particularly easy place to live. It was a land of hardship and subsistence farming. The Geordie dialect spoken by the people developed from the language spoken by the Anglo-Saxons, who were hired to fight off Pictish invaders from the north and Viking raids from over the sea.

The kingdom of Bernicia is, of course, now long gone, but the product it was most famous for was destined to leave its mark on the land and the people for centuries to come. That product is coal. Bernicia contained the most ancient coal mining district in England, dating back to Roman times, and the industry continued to develop over the centuries, to feed the ever expanding towns and increasing population of the country.


Newcastle became one of wealthiest towns in England through coal, and the phrase ‘Coals to Newcastle’ meaning an unnecessary pursuit entered the language. Building ships to transport the precious cargo also became important at Newcastle. More negatively, pit waste heaps started to appear, scarring the stark beauty of the countryside of the region.

The first railways in the world, largely funded by a cartel of wealthy coal-owning families, were built to transport coal to the ports of the region. The engineering companies and metal works needed to create railway bridges, factories, engines and all the other equipment of the industrial revolution soon became an integral part of the region’s economy. You might think that because the region had become rich, the people would be living contented and secure lives, but that was very much not the case.

With demand for coal expanding, mines got deeper and deeper and correspondingly much more dangerous. Mine roofs regularly collapsed and the danger of gas explosion and flooding was high. Many miners lost their lives in horrific colliery disasters and the pit ponies used underground were also often victims. Fortunes were made from the region’s mines by aristocrats but none of that was shared with the workers.

An ever-increasing workforce of coal miners were able to form into unions in order to fight for better pay and conditions. It was also around this time that the Geordie dialect and identity became primarily associated with the working class. Of course the fat cats fought back against the working-class miners. The rich folk who owned the mines usually also owned the miners’ homes and often evicted those who protested. Ruffians called the ‘Candymen’ were recruited from dockside areas to provide violent help with evictions. The union stood firm and negotiated a 10 per cent increase in wages and a reduction in working hours for boys. It was a clear demonstration that mine owners would not have the same power to do as they damn well pleased anymore. Life was still a grim battle for the people of the region, living in mean housing and working inhuman hours, but that battle sometimes brought victories, and it built community spirit. Enormous crowds attended annual galas where colliery banners were displayed, and colliery bands played.

Later demand for coal from the region began to fall, and many mines were worked out or if there was coal left it couldn’t be brought to the surface economically. Hundreds of North East coal mines were closed, with devastating consequences for the local towns and cities which relied on coal mining to provide employment. Against this unhappy background came one of the most terrible days in the history of the region, on 4 May 1979 Margaret Thatcher became Prime Minister of the United Kingdom. The change in national leadership far away in London had profound effects on the working class of the windswept North East. Thatcherism became the national ideology.

Thatcherism is a form of supply-side economics that is obsessed with keeping inflation low so that the assets of the rich do not lose value. It also focuses on reduced taxation for the rich and constraining labor so that workers don’t have to be paid well or kept healthy. Thatcher saw British industries, such as mining, as overmanned with too little profit. Her answer was shedding workers, which she believed would make industrial companies leaner and free up labor for new businesses. Whether the new business was in industry, commerce or services, public or private, the workers would find a place in Thatcher’s new, prosperous and dynamic economy. She put this plan into action with an austerity policy that saw nearly one in four of all manufacturing jobs disappear within Thatcher’s first term. Spoiler – the middle-aged miners and metal workers who were laid off didn’t become software engineers, they largely landed up in worse jobs or on the scrapheap.

Thatcher was quite open about her uncompromising views, and it was obvious to both Thatcher and the miners that her ideology would lead to a confrontation. Thatcher planned to win the battle with the miners, crush the North East, and bring about the resurgence of the power of capital over labor. She drew up secret plans to run down the domestic coal industry and defeat any strike action by miners. She decided it was necessary to keep a permanent stockpile of at least six months’ supply of coal, increase coal imports, build more oil-burn, nuclear and gas-fired power stations and encourage development of more opencast mines. She also agreed to a deal with the French to supply power stations with electricity by doubling the size of the cable connecting the two countries, and to switch coal deliveries to power stations from rail to road to prevent the unions from disrupting deliveries.

Other parts of the plan included changing the law so that rioters could be more easily prosecuted, and cutting state help with mortgage interest payments for home owners on benefits. The latter was to ensure that strikers with homes could face repossession.

‘Margaret Thatcher wanted to crush the miners. That’s all she wanted’ according to Ken Radford, a former miner who was at the Battle of Orgreave, and it is hard to ague with him. Orgreave was jut one battle waged in a war on the miners, and it was no metaphorical battle, real blood was shed. At the front lines between miners and police, the ranks of blue uniforms opened up and horses came out, at a charge. Before the charge they cordoned off the miners and blocked off gates that could be used for escape.

Despite the brave rebellion of the miners, in the end the war was lost. Thatcher refused to compromise, and by November 1984 the miners had begun to return to work, heralding what was seen as a crushing defeat for them and a major victory for Thatcher. Her resolve earned her the sobriquet the Iron Lady.

Thatcher’s victory left a landscape that was just as traumatized as the people who lived there. There were no jobs, there was no industry. Only vacant land and armies of jobless people remained. With so many unemployed, any change in social security hugely impacts the region. Most recently, ten years of failed austerity policies, imposed by a party of imbeciles who worship Thatcher as a goddess, have left the North East as an absolute economic wasteland. The economic hope and heart of a once-thriving region has gone. Even the pubs are empty. People are condemned to a life of unemployment on Government substance handouts, their prospects destroyed through no fault of their own.

But, despite the grim political circumstances, the former mining areas still retain their soul, and there is still often a strong community spirit associated with colliery districts. Even the place names of towns and villages in the area have been left with a very particular stamp. There is Quaking Houses, Stony Heap, Deaf Hill, Pity Me and No Place, to name just a few of these grim settlements. 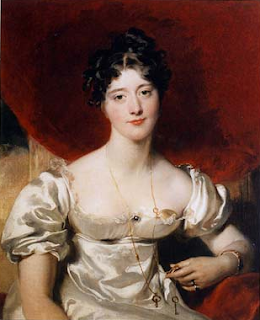 Anyone who has ever read any of my books, which is a gratifyingly large and growing number of people, may well recognize a lot of this heritage in the home planet of Knave, one of the main characters of the Dark Galaxy. The planet he comes from is called Vane Tempest, named after Vane Tempest Colliery, where digging began on the 19th of December 1923. Two shafts were sunk, the "Vane" and the "Tempest", named in honor of Lady Frances Anne Vane Tempest, the great-grandmother of Sir Winston Churchill. She was the second wife of Charles William Stewart who stood to inherit her immense fortune on the condition that he changed his name to Vane. He did so and pocketed the cash. As a landlord in Ireland during the 1840s Famine, he was said to have treated his tenants unsympathetically. He also behaved very badly during his time in Vienna as British Ambassador, where he was often drunk, visited prostitutes, and picked a fight with a coachman in the street. A typical coal mine owner, in other words.

The influence of my growing up in this area can probably be seen in the way I characterize the people of the working class and underclass of the Tarazet Star Empire, who are most often presented as honest and intelligent, in relation to the nobility, who are most often presented as evil money-grubbers. I don’t think it’s too difficult to see how anyone growing up in the North East among courageous, embattled mining communities, fighting against venal overlords, might end up with such views. There is a lot more to be said about the influence of my Geordie background on my sci-fi books but this will do for a start.

To end, just a reminder that the best way to support this blog is to buy one of my books. Simply go over to Amazon, or Kobo and get one.
Labels: Economics Galaxy Dog Politics Worldbuilding