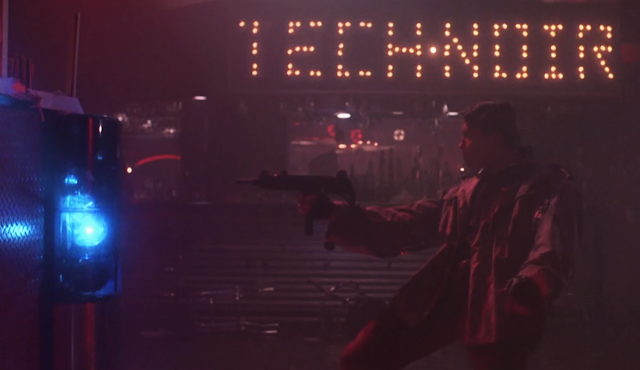 I was at the cinema yesterday, which not many people can say in these Covid times. I, however, live in Venice, Italy, and the Venice Film Festival is not taking a break. The 77th Venice festival wants to be the first international film festival to open its doors since the coronavirus pandemic began. That has meant a few compromises, such as a reduced schedule, distancing measures, and new outdoor screening sites. I’m not sure it is a good idea, overall, but the outdoor sites seem like a fairly safe option to me. Going to a movie in the open air obviously isn’t zero risk, but it is nowhere near as risky as seeing a film in an enclosed space. 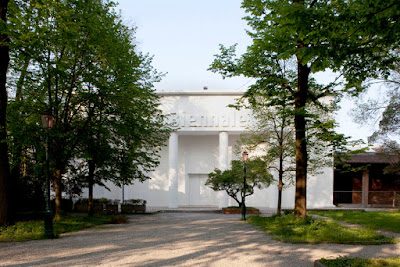 I went to one of the new outdoor screening sites that has been assembled at Venice’s festival’s gardens, which are usually used for the Art and Architecture Festivals. The people running the event checked my temperature when I went in and half of the seats were empty. The staff told us that masks were to be worn throughout the movie, and it looked to me that – at least in the screening I went to – the moviegoers actually complied.


It was already dusk when we took our seats, so the mosquitoes were already thick in the air, and the stars were already out. Jupiter and Saturn were bright points overhead. As long as you have strong enough mosquito repellent – I was using Vape – it is a very romantic way to see a movie. The screen is set up right at the center of some of the most beautiful exhibition pavilions, which at dusk were curiously shaped silhouettes among the trees. I hope they keep this location for future festivals, even when Covid – hopefully – is a thing of the past.

The movie I went to wasn’t one of the 18 films competing for the Golden Lion, so I can’t give any insight into which Cate Blanchett and the rest of the jury will choose as winner. But that doesn’t mean the movie I saw was in any way lesser, I saw Detour, which was simply amazing, so good I had to write a blog post about it. 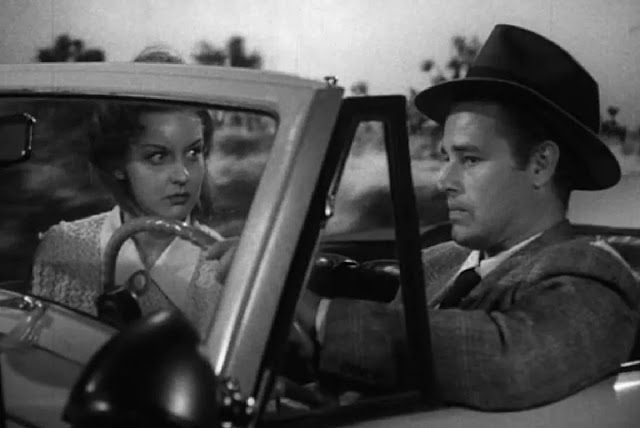 Detour is a Film Noir, which means a visual style that has roots in German Expressionist cinematography and a story from the hardboiled school of crime fiction. Al Roberts, played by Tom Neal, is the ‘hero’ of the movie, a beat down pianist at a New York dive who decides to follow his sweetheart to Hollywood. He tells the story of his trip, as a hardboiled monologue from his point of view, but the suspicion swiftly arises that he is an unreliable narrator.

Al acquires a car and then picks up a hitchhiker called Vera, played by Ann Savage, which is when the movie absolutely comes alive. She accuses Al of killing the previous owner of the car. “What did you do? Kiss him with a wrench?” she asks. Al, of course, denies it, and one of the beautiful things about this movie is that, as viewers, we have no way of knowing if he is telling the truth or not. We have to take his word that he didn’t do it, but Vera certainly doesn’t believe him. The way Vera reacts to Al, her suspicions about him, and attraction to him are fascinating to watch. Phil Hoad, at The Guardian, also very much enjoyed Savage’s perfomance.

“Look closely at her and there’s desperation: the deathly lack of hesitation about her money-making ploys; a cough that is a suggestion of TB; the only softness in her already spoilt by self-pity. It’s not an act, like the classic femme fatales; it’s an animalistic bid for survival. Detour seems to stand as much on the blasted plains of Depression-era America as behind the postwar Venetian blinds of noir. Savage’s jagged, slightly expressionist performance belongs in a horror movie – one called real-life.”

Director Edgar G Ulmer, who like many directors of Noir had escaped the Nazis, shot the movie over a month on a budget of around $100,000. The lack of funds is easy to see on the screen but the austere visuals are very Noir and actually make the movie better. Ulmer also apparently threw entire sections of the shooting script away, compressing the story into a dense package of narration, action, and psychology. The film is in the public domain meaning it is freely available from online sources and is well worth hunting out.

But Brett, you are probably saying, where is the sci-fi angle?

All my posts on this blog – well the vast majority of them, anyway – have a sci-fi angle. Obviously I do this so that stupid search engines (.cough.Google.cough.) don’t get the wrong idea about what my site is about, who I want to attract to it, and what products I want to push on them (my sci-fi novels). All my posts have to include key words related to sci-fi, repeated over and over again, otherwise Google doesn’t know what the hell is going on. Well, fear not, there is a sci-fi angle, and that is Tech Noir. 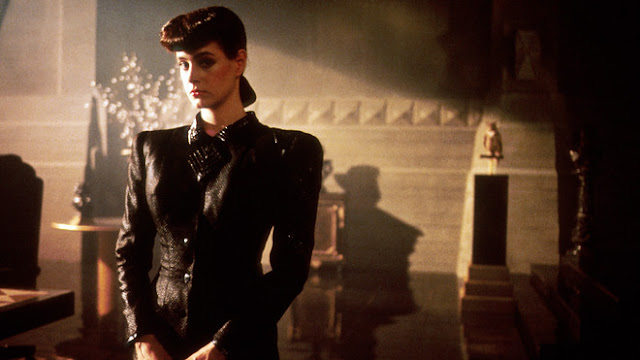 Tech-noir (which according to Wikipedia is also known as cyber noir, future noir, and science fiction noir) is a genre of film that combines Film Noir and science fiction. The obvious example is Blade Runner but there were movies in the genre that came before. Alphaville, which was made in 1965, features Lemmy Caution as an old-school private eye in the city of tomorrow, and Soylent Green, made in 1973, has a Noir plot and also features classic Noir actors like Edward G. Robinson.

But is it a good idea to mix sci-fi and Noir, or does it produce more of a dog’s dinner? My opinion is that it can be done, and the more the Noir influence is embraced the better. Blade Runner is such a visually impressive and intellectually engaging movie because it almost slavishly adheres its Noir influences. But you have to remember, if you want to enjoy the movie, that Deckard is the bad guy. 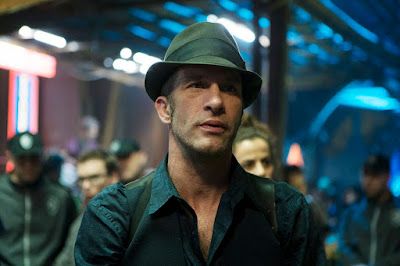 Where Noir doesn’t work so much is when it is added as an afterthought, especially if only one, single character is influenced by Noir tropes. The best example of where Noir is incorporated into a sci-fi story in an annoying and distracting way is in the TV show, The Expanse. The show features one extremely smug character called Joe Miller, a very tropey hardened, world-weary, grizzled, borderline-alcoholic detective.

Miller is the typically Noir cynical guy with a dark sense of humor, but without the tight dialogue of a true Noir character. Miller even wears a fedora hat and has a preference for revolvers, which are both distractingly anachronistic for the setting of The Expanse. All in all, he stands out like a sore thumb in a show that is otherwise the hardest of hard sci-fi. See, I manged to tack on a sci-fi angle and dis The Expanse, all in one smooth maneuver. To end, just a reminder that the best way to support this blog is to buy one of my books. Simply go over to Amazon, or Kobo and get one.