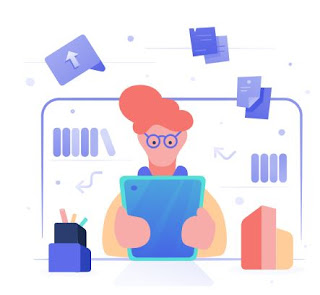 I published a new book a couple of days ago, as I announced in this post, and I did it the same way as I always do, using aggregators. Before I go into my thoughts on aggregators, I should point out that this isn't the only way to self-publish. Some authors prefer instead to go exclusively through Amazon, who control around 80% of the eBook market in the US and UK. For various reasons limiting myself only to Amazon has never worked for me.

I think using Amazon alone is a strategy that works best for writers of very popular genres, like Romance, or Crime, who are prolific - writing ten or more books per year - and who have the drive to engage people and build a fan base. Amazon's algorithm seems to favor them - as it should, that's where the money is - rather than a guy like me. I write in the sci-fi space opera niche mostly, only write one or two books a year, and I entirely lack the magnetism and drive necessary to gather a following of devoted fans. No algorithm is ever going to push my books, so all my readers find my books pretty much by accident. For me the better strategy is just to get my books on as many channels as possible, and hope for the best, which is called “going wide”.

So I go wide, and that's a lot easier via aggregators, who format your book into an eBook and upload it to lots of different distributors for you. There is no way I'm doing all that technical stuff myself, although I know that there are some authors who do.

In my opinion, the two best aggregators currently operating in the self-publishing book world are Smashwords and Draft2Digital. I use both. I use Draft2Digital to get my books onto most of the more popular outlets (including Amazon and Kobo) and Smashwords for a couple of others that Draft2Digital doesn't reach, including the Smashwords shop itself, which isn't a huge player like Amazon, but does occasionally generate some sales form me.

All this is a no-brainer because both services are free, reliable and pay promptly. If you have written a book and, for whatever reason, you prefer to self-publish rather than try to get yourself an agent and take the traditional route to market through a publisher, then you should absolutely be on Draft2Digital or Smashwords, or both.

It would be a different question if these services cost money. I have written a few books now and not all of them reliably sell well. In fact, that's something of an understatement. My zombie novel, for example, has been met with general apathy by the reading public, and months can go by where I don't sell even a single copy. This is weird to me, because I think it's a great book, and what's not to love about zombies, but hey, there could be a thousand reasons it isn't doing well. Maybe the zombie market is over - I mean, even The Walking Dead's ratings have fallen - and maybe the market is swamped with too much choice...

... Whatever the case, my point is that I'm glad distributing the book is free. I don't think it would have been worth even a modest fee to get the book - Death Sense, it's called - in front of the zombie-fiction-reading public (pearls before swine, darling.... Pearls before swine).

On the other hand, I have another book - Galaxy Dog - that sells like gangbusters, by my modest standards at least. It sells so well that, if I'm ever to release any of my books through a service that charges a fee, this would be the book to try it with. Luckily, it's not an issue I have to worry about because there are plenty of free aggregators out there.

In fact, I was researching them for this post when I came on an article that mentions a couple of aggregators that I had never heard of before, and that I am not already with, PublishDrive and Streetlib.

Obviously I decided to get my books on both places as soon as possible. PublishDrive won't recognize my chapters and build a TOC, so that is taking time, but it will happen..Also, I have to make sure I'm not double submitting my books to places like Amazon and Kobo, but there are always new sales channels that are only found on one particular aggregator. PublishDrive, for example, apparently pushes books to GooglePlay, which none of the others do.

So go wide and go with as many aggregators as you can find, is my advice, unless you are a romance or crime writer with a big social media following and the drive to write ten books per year. In that case, stick exclusively with Amazon, let the algorithm push you, and watch the money come deluging in.

Did that sound jealous? It wasn't mean to. Writing romance and crime is a craft few can master, and those who can do it well are rightly rewarded.

Before we wrap up here, just a reminder that the best way to support this blog is to buy one of my books, so why not go over to Amazon, or Kobo and see if there is one that catches your fancy.
Labels: self-publishing