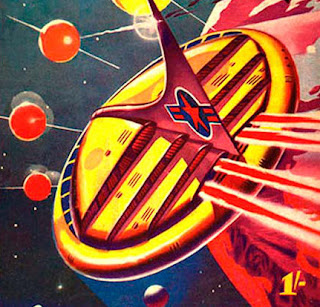 Inspired by the likes of Buck Rogers, Flash Gordon, Jack Swift, Brick Bradford, Don Dixon, Speed Spaulding, John Carter of Mars, and numerous other space heroes featured in the pages of pulp magazines like Amazing Stories, this post is the start of an ongoing sci-fi adventure. Each episode is just a thousand words or so in length, and the focus is on space thrills and action.

The story continues in the next episode - Episode 002: Skyfall